Big Brother is a crazy fast reader. He loves books. He devours them. I can’t keep up. I am constantly on the lookout for new books and book series to introduce him to. It’s so hard because so many of the books he is able to read are filled with witchcraft, sorcery, sex, boogers and farts and so much more.

I’ve been reading a book called Six Ways to Keep the Good in your Boy. One chapter was very specific on reading being a huge contributing factor in character development. It strongly encourages us to expose our children, boys specifically, to real heroes and purity and authentic manhood. It does not down booger and fart books… but it encourages to limit them and push your son beyond his current level. It does not down fantasy, but does encourage to stay away from books where the line between good and evil becomes blurred and evil things are made out to be good… like friendly, sparkly vampires… just saying.

So.. with that in mind, I asked Big Brother what his favorite books are and here is the list we came up with (they are in order of reading level/ ability):

Henry and Mudge are great for beginning reading, together or alone. There are several books in the series. A girl’s counterpart exists as well… Annie and Snowball. 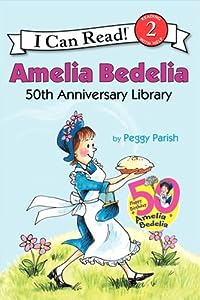 All of my children love Amelia Bedelia. It meets several different levels of comprehension. Little Sis and Big Sis love the silliness and Big Brother loves the clever word play. Some of the books are about halloween or haunted houses…we just avoid those.

I will admit. I am not a huge fan of Junie B Jones. I think the language is unnecessary and there is an underlying disrespect for adults. I have had many talks with Big Brother and Big Sister about these books. We talk about appropriate language versus inappropriate. Then we discuss where Junie B should have a different attitude, etc. I also told them that if they started using words like “stupid” or “dummy” etc in their own language, the books would have to go. Honestly… I didn’t make that big of a deal out of the whole thing and they quickly tired of the books on their own.

Read my blurb on Junie B Jones above… that’s kind of how I feel about these books as well. Big Brother is really enjoying them right now. I am okay with it as long as these aren’t the ONLY books he’s reading. They are cleverly written and have quite a bit of subtle humor and word play… which Big Brother is a big fan of.

This mystery series has a female protagonist. She is known for her photographic memory. Big Brother has enjoyed this series as well. There is also an easy reader companion series called Young Cam Jansen. Again, there are some haunted house/ ghostly ones… so check titles first.

We are huge fans of Nate the Great. The easy reader mysteries are very clever and great for fans of mystery and detective stories. They usually include riddles and jokes at the end.

Although there is magic involved in these books (a wizard sends them on their way in the Magic Treehouse to solve mysteries), it is not the focus. The books are filled with facts about history and science. The children have to collect clues to solve problems. We’ve enjoyed the historical aspects about presidents, wars, etc as well as the animals ones about oceans, penguins, tigers and more. Big Brother has kind of outgrown these as they are rather short and a fairly quick read for him. 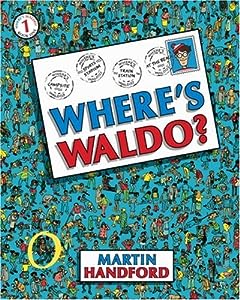 Although this isn’t a chapter book, it is a favorite around our house. It is also sure to provide hours of entertainment. Watch out though… this books was on the banned book list once upon a time for topless bathers on the beach… I haven’t seen any such pictures in the copies we’ve checked out from the library… maybe it was taken out in later printings?

We just recently discovered the Buddy Files. They are all about a dog detective and his adventures. Big Brother was an instant fan. 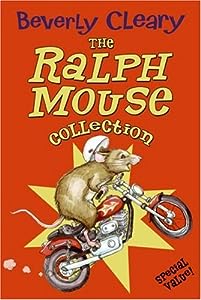 This is a classic series about a mouse and his motorcycle. It was a favorite of mine when I was little!

The Boxcar children is about 4 orphaned children who were adopted by their grandfather. The series has several books. We always leave the library with at least one or two in our basket. There is always a mystery to solve.

The Little House Books are a total favorite at our house. Big Brother loves them just as much as the girls. We just recently finished the entire series and they immediately wanted to start all over again. They just love hearing about Laura’s life on the prairie. I have read these aloud, but Big Brother is able to read them himself. Our library has several abridged versions that are great for early readers. 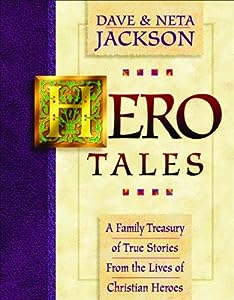 Big Brother wanted me to include this on the list. We read this off and on this past year as part of our Exploring Countries and Cultures from My Father’s World. It is a collection of short stories of real missionaries and heroes of the Christian faith.

I adore the Chronicles of Narnia. They are by far some of my favorite books. While I’m not sure my kids are ready for ALL of the books in the series, I think the first two or three are okay for now. Unfortunately, my kids don’t agree. They were a little nervous as I read through the Lion, the Witch and the Wardrobe. I’m hoping they’ll warm up to them soon. I know these books have sorcery and magic. However, what I like it that there is a clear good and a clear evil. The lines are not blurred. You know that the good is good and will win in the end. Not to mention the parallels to Christianity being great for discussion.

The Lego Ideas book is another suggestion from Big Brother. He reads parts of this every day. He has the profiles of the featured builders memorized. He loves to try to recreate the creations in the book and has started putting his own Lego idea book together. This book has inspired him to think outside of the instruction manuals that came with his lego sets.

We just checked out a few more from the library that we are trying out… Hardy Boys (early editions), Sugar Creek Gang, Cul De Sac Kids, Alvin Ho and Summer According to Humphrey.

I would love to hear from you! What are some of your favorite books for children? Please comment below so we can grow this list!